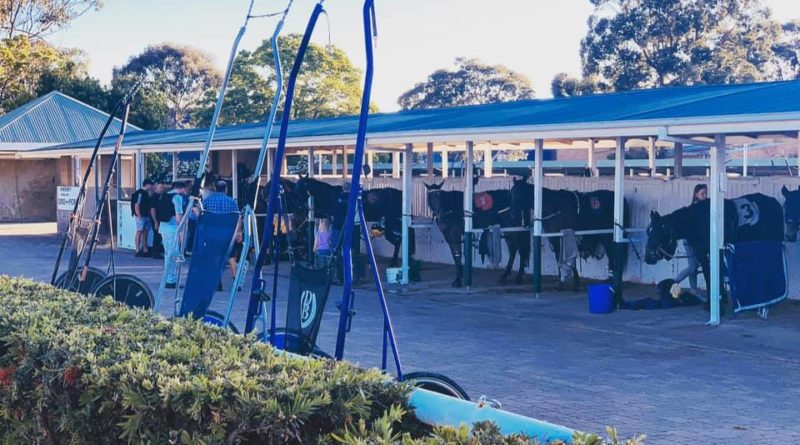 Monday afternoon Harness Racing action is back at Bankstown Paceway with a six-race card to commence at 2:21pm.

We caught up with Bankstown local trainers Michael Watkins, Peter Hanson, Riccardo Errichiello and Joe Mauro to preview the chances of their runners for the day.

With the weekly joke around trackwork that this horse will forever be a maiden, Mick Watkins assessed the chances of Itz All About Me, who lines up in Race Two- High Flyer Hotel Pace.

Watkins said “First run back following a short break, he will probably still be a maiden after this run.”

“Both of my horses should run well.” Hanson said.

Another Bankstown locally trained hope will head around in Race Five, Madazalways a recent stable acquisition for Riccardo Errichiello.

When questioned regarding the six-year-old’s chance, Riccardo said “He put in a pleasing first run for the stable last start, has been working well, and I’m expecting a bold showing from the good draw.”

The seasoned professional lines up in Race 6-Harley Cranes Pace over 2140m. Joe said, “Hard race drawn barrier seven, but he should be running home late.”

Our Trainers Incentive promotion will again be running with the chance for five trainers to take home a $50 fuel voucher.

Latest News From The Track